This article was originally published in the August 2017 edition of The Mendip Times. 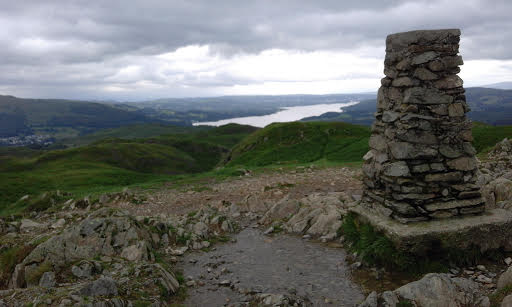 The weather now is very much like it was 1977, although the memory may have dulled a little from 40 years ago, I remember the repeat performance of 1976. It was also the time of the Queens Silver Jubilee and her visit to Bristol, where along with many other service men and women I stood to await her arrival. The grass was burnt brown on what was then the island in the city centre, 266 Battery of the Gloucestershire Volunteer Artillery, (GVA) had two misfires on their Royal Salute and my daughter Elizabeth was born on the 4 August, the same Birthday as the late Queen Mother. Yes, I think that August 1977 was a good month!

There can be no hiding my feeling of elation and self righteousness at being out and about whilst the world still sleeps in the morning. I have made several early starts to get most of my mowing done before the day brings the heat and the horse flies. At 4.30 in the morning, the world is all mine. The traffic lights turn green as I approach them, roundabouts are deserted and the road junctions clear. The air is cool and clear, the sun rises like a ball of fire and the mist hangs above the moor before the heat of the day can ‘burn’ it off. All this waxing lyrical was no doubt lost on the poor soul who had spent the night in his camper van at Deer Leap picnic site, when I arrived just after first light to cut the grass. In a fit of compassion I did start at the bottom of the site, but it was one of those days when if I’m up, so should everyone else be.

My Grandfather would start about the same time in the summer when he was mowing with the horses. Again by the time the sun really got up it was far too hot for the animals to work, and yes it was the horse flies that made life unbearable for everyone back then as well. His breakfast was taken to him in the field between two plates. This was no slice of toast and glass of fruit juice breakfast but the full on fried bread, egg and bacon. My mother tells me that her and my Uncle Dennis would often go as well to help him eat it! He was a generous man with his meal plate, I always remember there being an extra bit of well done meat left on his dinner plate for me when I was a child.

An amazing trip away to do my reconnaissance before the arrival of the Students from Georgia University this year. Having settled into a relatively comfortable routine, they changed the visits and the theme this time. My VW camper was somewhat sick,(again) so it was down to me and the ‘Landy’ to go and get the job done. Whereas you can live In the VW, you have to live out of the Landrover. Thats all well and good if the weather is kind, but difficult if not. I cleared out the back and altered my camp bed to fit into the 110, packing the essentials in around and under it. I have learnt to keep things simple yet still be comfortable, anyone can be uncomfortable. Simple food such as tinned bacon grill,( food of the gods and a reminder of Army rations) cheese, pasta , boil in the bag rice together with tinned curry and my only concession to fresh food, eggs make up the menu. Fruit bars, cream crackers and a few cans of beer add that finishing touch of decadence!

The changes this year will include the Peak District and another walk in the Lakes. For the former I paid a visit to Castleton, home to the Peak National Park Authority and a place I know having been there before during my time as Mendip Warden. The Ranger network made sure that I had the necessary re-introductions to help. To approach the village I used a route down Winnats Pass , a collapsed limestone cavern which looks somewhat like Burrington Coombe on steroids. It’s the same limestone geology on Mendip as it is in Derbyshire. Next a visit to the impressive Ladybower Reservoir, as used by 617 Squadron RAF in preparation for their bombing raids on the German dams in 1943. Talking to the Volunteer Rangers on site, I was told that the RAF will still low-fly over the Dam as a tribute, and with that a twin rotored Chinook helicopter roared over head.

My first overnight stop was at a small farm campsite near Bakewell. Great place, I had it almost to myself. A visit to the pub gave me all the local information I needed for the walk the following day and as always this freely offered advice came with a quizzical look and the question” Your not from round here are you”? No, “I have come up from Somerset as a missionary” is always my reply! The recently opened Monsal Trail takes in the old railway line , including the tunnels that are well lit by day and used by walkers and cyclists alike. I was only using a small part of it but it’s set within a stunning landscape and very rural. This was stark reminder that my beloved West Country is becoming more and more urbanised. Where ever you go Farmers are Farmers and up-cycling is ever present. I came across a new metal gate that had a self closing mechanism made of some old cow chains, such as used to used to tie up the milking cows, and lump of Reinforced Steel Joist,(RSJ). It worked!

After another trip of around 125 miles through what seemed like the countries main collection of road works and traffic lights, I reached the Lake District in the rain. A cold supper and into the sleeping bag ready for the walk over Loughrigg Fell the following morning. Again the landscape of the Lakes is breathtaking, no wonder it inspired such a poet as Wordsworth and the I conic writer of children’s books, Beatrice Potter. Loughrigg has height enough to take in the views, yet it is surrounded by the much higher peaks that remind me of the ‘Misty Mountains’ from Tolkien’s Lord Of The Rings. I followed the heavily used, stony and eroded descent towards Grassmere. This made me look for another way down, a fall here could end up with much more than a bruised pride.

Back home safe and with a 724 mile round trip, the ‘Landy’ did everything I hope for, and I had again stepped outside of my normal routine to explore somewhere different. Got to do this again, maybe even get a passport!!

This months picture was taken from the summit of Loughrigg Fell, with Windermere in the background. It’s 10m higher than Blackdown at 335m above sea level.