This was originally published in the April 2017 issue of the Mendip Times. 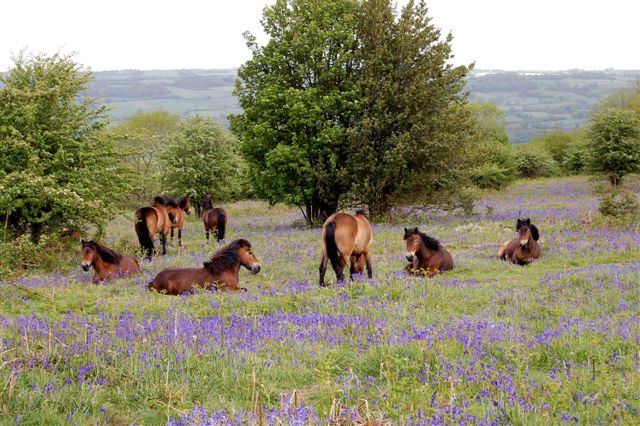 Yes….!!! Looking at my diary, I see that British Summer Time begins on Sunday 26 March. How long have I waited for this, and how many others feel the same! I am looking forward to the longer evenings and days filled with sunshine. Maybe I am expecting a little too much with that last wish, but if I rub on the magic lamp hard enough maybe, just maybe the Genie will be able to grant that wish.

The origins of this daylight saving initiative is credited to William Willett. He was born in 1856 at Farnham in Surrey, which incidently, is where my great rural hero William Cobbett was born. Willett entered the family building firm and spent most of his life living at Chiselhurst in Kent. It is whilst riding his horse at Petts Wood , close to his home, early in the morning that it is said he noticed that most of the house blinds were still down. It was here that the idea of daylight saving occurred to him.

Although daylight saving was rather satirically proposed by Benjamin Franklin in 1784, as encouraging people to ‘get up earlier’, it did promote some renewed interest in a similar idea that had been practised in Roman Times. Modern daylight saving however is said to have been the brain child of a New Zealand entomologist George Vernon Hudson. The man who finally got it all moving was our very own William Willett, who in 1907  published a pamphlet entitled ‘The Waste of Daylight’. Within this pamphlet was a proposal that clocks should be moved forward by 80 minutes through four 20 minute increments in April, and put back by the same system in September. He reasoned for this; a saving of some 2.5 Million pounds in lighting costs, together with greater daylight leisure time. Despite the use of his own money in promoting this idea in 1909, nothing came of it until 21 May 1916 when the clocks went forward one hour thanks to the ‘Defence of the Realm Act’ . This was brought about by the need to conserve coal stocks and increase war time production. Germany by the way had already adopted similar system of day light saving. Unfortunately William Willett never got see the fruits of all his campaigning as he died of influenza in 1915.

The introduction of daylight saving hours was adopted by several other countries after the war and  made permanent by an Act of Parliament in 1925. There is a sundial in Petts Wood , close to William Willitts home of Chiselhurst, that is set for British Summer Time. It must be the only sundial to be set as such, and a great memorial to the man who gave us that time of the year we all look forward too through out the winter months.

With Spring in the air its all ‘kicking off’ in the countryside. Birds are starting to build their nests, and as always the Black bird is amongst the first to start. I’ve seen the crows and rooks carrying their solitary sticks to build high in the tree tops. The jackdaws prefer something a little more under cover such as a hole in a tree, a chimney pot or a bird box designed for another species of large bird such as an owl. If any of you have been to Smitham Chimney,( the last lead smelting chimney within the Mendip Hills) you will have noticed a large pile of sticks inside, which I have little doubt, were placed there by jackdaws trying to nest in the top of the chimney! I wonder how long it took before they realised this approach just wasn’t going to work.

I was watching a wood pigeon pulling sticks from my hedgerow the other day. Having pulled a whole load out onto the path, it then walked back and inspected them. Finally with nothing that seemed to suite its needs, it flew off leaving the tangled mess behind. Whilst this was going on two male pigeons were entangled in an argument on the roof of my shed. Both standing sideways to one another they would shuffle along the ridge, one would then ‘bat’ the other around the head with his wing. The shuffling would then start in the opposite direction, where the offending birds was himself given a  good slapping in a similar manner. This dance carried on until one of them had had enough and flew away. The victor would then ‘strut his stuff’ on the hard won high ground of the shed roof, where no doubt any number of admiring females could see he was the he was indeed the man to know!

My winter pruning is now coming to an end. Many of the trees are now coming into bud and a whole new season comes into play. I’ve seen plenty of lambs in the fields and the celandines display their golden crown in the bottom of the hedgerow and amongst the grass. Wild garlic now abounds in the woodland and the bluebells are pushing up their early green leaves. It wont be long before the colour returns to hedge, wood, field and I hope roadside verge. I recently paid a visit to Burrington Ham, where the continued scrub and bracken clearance has left the way clear for what I hope is going to be a mat of blue come the end of May. I have to say just how pleased I am to see the clearance work continuing on Ham, and indeed on Blackdown. It is making such a difference in opening the area once again to heathland and those species who rely on a more open habitat. I hope  that I can hear the night jar this year, its been a while since I have. Cutting the Bracken for fuel is certainly paying dividends, both through the sales and the landscape enhancement it creates.

So finally…. Don’t forget to put your clocks forward on the evening of the 25th March;  don’t forget Mothers Day on the 26th of March and remember Easter is on April 16th this year. I normally start apple tree grafting on or around the 16th April, which is also my Mother’s Birthday… Happy Birthday Mum!

This month’s photo is courtesy of Judith Tranter, and shows the Burrington Ponies amongst the Bluebells on Ham…. Taken a few years back now.